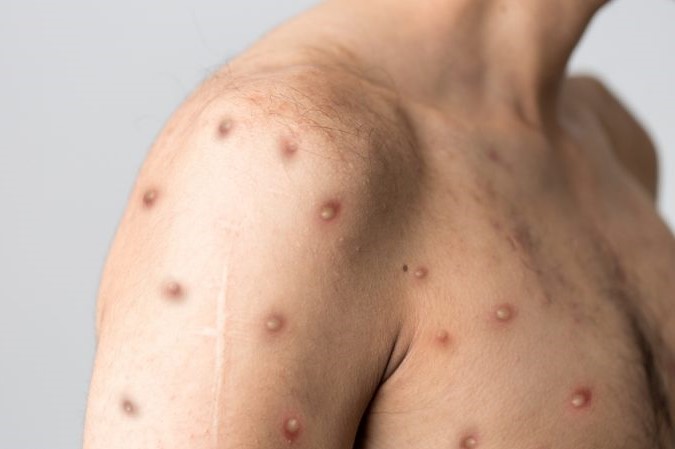 Monkeypox was discovered in 1958 when two outbreaks of a pox-like disease occurred in colonies of monkeys kept for research. Despite being named “monkeypox,” the source of the disease remains unknown. However, African rodents and non-human primates (like monkeys) might harbor the virus and infect people.

The first human case of monkeypox was recorded in 1970. Prior to the 2022 outbreak, monkeypox had been reported in people in several central and western African countries. Previously, almost all monkeypox cases in people outside of Africa were linked to international travel to countries where the disease commonly occurs or through imported animals. These cases occurred on multiple continents.

How common is monkeypox?

Monkeypox is rare. But the number of cases is increasing in Africa, as well as in regions that haven’t seen these infections before.

Where else is monkeypox found?

For decades, Monkeypox was mostly been seen in Africa. However, it’s occasionally found in other countries, including the United States. In the spring of 2003, the first outbreak of monkeypox outside of Africa occurred in the United States. A shipment of infected animals from Ghana was imported into Texas. The infected rodents spread the virus to pet prairie dogs, which then infected 47 people in the Midwest.

As international travel becomes more common, viruses that were once fairly confined to certain locations can more easily spread around the world. In the summer of 2021, a case of monkeypox was found in a U.S. resident who had traveled from Nigeria to the United States. Then, 2022 brought outbreaks to regions outside of Africa, including Europe, the Americas and Australia.

Who does monkeypox affect?

Anyone can get monkeypox. In Africa, most cases are among children under 15 years old. Outside of Africa, the disease appears to be more common in men who have sex with men, but there are numerous cases in people who don’t fall into that category.

What are the signs and symptoms of monkeypox?

After exposure, it may be several days to a few weeks before you develop symptoms. Early signs of monkeypox include flu-like symptoms like:

After a few days, a rash often develops. The rash starts as flat, red bumps, which can be painful. Those bumps turn into blisters, which fill with pus. Eventually, the blisters crust over and fall off — the whole process can last two to four weeks. You can also get sores in your mouth, vagina or anus.

Not everyone with monkeypox develops all of the symptoms. In fact, in the current (2022) outbreak, many cases aren’t following the usual pattern of symptoms. This atypical presentation includes only a few lesions, no swollen lymph nodes, less fever and other signs of illness. You can have it and not know it. But even if you don’t show many signs of infection, you can spread still spread it to others through prolonged close contact.

How do you catch monkeypox?

Monkeypox is spread when you come into contact with an animal or a person infected with the virus. Animal-to-person transmission occurs through broken skin, like from bites or scratches, or through direct contact with an infected animal’s blood, bodily fluids or pox lesions (sores).

Monkeypox can spread from person to person, but it’s less common. Person-to-person spread (transmission) occurs when you come in contact with the sores, scabs, respiratory droplets or oral fluids of an infected person usually through close, intimate situations like cuddling, kissing or sex. Research is ongoing, but researchers aren’t sure if the virus is transmitted through semen or vaginal fluids.

You can also get monkeypox by coming into contact with recently contaminated materials like clothing, bedding and other linens used by an infected person or animal.

How do you prevent monkeypox virus?

A smallpox vaccine provides protection against monkeypox, but its use is currently limited to clinical trials. Prevention depends on decreasing human contact with infected animals and limiting person-to-person spread. The best way to help prevent spread the monkeypox virus is to:

How to leverage telemedicine to a more profitable practice

How Medishala Is Impacting Rural Healthcare in bihar